More about Bitcoin and cryptocurrencies - some things to avoid 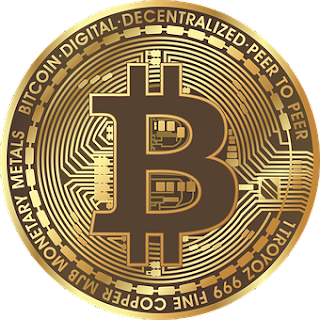 I have previously written a brief introduction to Bitcoin and cryptocurrencies generally, and since then I have been tinkering about using small amounts of my own money. Although I do not profess to be anything like an expert in this area, and certainly what I write should not be construed as financial advice, I thought that one or two of the things I have found out might be of use to other beginners.

I first put a modest sum into Bitcoin in July 2017, more to see how the whole thing worked than in the expectation of huge gains. The sums are in any event small by comparison with money earned in my proper job. My initial sum had quadrupled (in terms of GBP) by early January 2018 (the peak of a speculative bubble probably caused by stories of vast fortunes made by others in the past reaching the general public) and has now fallen to about 2.8 times my initial speculation. The ups and downs of major cryptocurrencies (and all those I have looked at) roughly copy each other so far, irrespective it seems of merit.

There are now hundreds of tokens and cryptocurrencies. Some of these are of doubtful value and some are so-called 'pump and dump' schemes, where a new token is offered and promoted, the value of the token then spikes owing to speculation, and the owners then cash in and disappear. Some, however, appear to offer genuine utility and a few will probably change the way we do business in currently unimaginable ways, much as the internet has changed our lives over the past two decades. What we don't know is which ones will become the Googles and Amazons of the future, and which ones will disappear, as happened to so many startups in the dot-com bubble.

I cannot predict the future, nor do I believe anyone who claims to do so, so all anyone interested in any sort of investment can do is to invest on merit. A tulip bulb bought at the right price at the right time could make a fortune in 17th century Netherlands, but bought at the wrong time at the wrong price could equally lose a fortune. The question is, is the value of a tulip bulb fundamentally equal to that of a house or not? If not then don't buy. If speculating in cryptocurrencies, the best one can do is look for those with genuine utility and hold on.

Not all cryptocurrencies are actually currencies, although the tokens do have a market value. For example, a token called Po.et (POE) is intended to allow writers and artists to establish copyright and licensing on the blockchain. POE and many other tokens are built on the Ethereum platform, which itself has a token with its own market value (once again, beware: don't use the Ethereum wallet from the download on the Ethereum.org front page; it doesn't work for ordinary folk but there are people who play with it and also can't get it to work and I've no idea why they spend time on it).

What would (for me at any rate) be immediately useful would be a way of making transfers into and out of different local currencies for the purposes of paying for things abroad and for sending money abroad. Anyone who has done either of these things will know that bank charges can be excruciatingly high - around 15GBP minimum to send any amount, and an unfair exchange rate at the airport or worse at a hotel (I was charged 10% in a Barbados hotel).  What if instead one could load up one's debit card with Bitcoin and convert to local currency without using the banks as intermediaries?

I have reported before on cryptocurrency contactless payment systems in the pipeline. However caveat emptor: some of the Bitcoin debit cards on offer actually have charges just as bad as those I should like to avoid. In the meantime there are non-crypto ways of achieving cheap money transfers, one of which I have tried successfully in sending money to India (GBP to Rupees): Transferwise. Another I am testing is Glint, for everyday purchases in different currencies - but I won't be able to verify the real cost until I am next abroad. Rather than using cryptocurrencies, Glint allows the user to convert between local fiat currencies and a notional amount of gold. Both are available as smartphone apps.

[NOTE: at the time of writing this blog has no affiliate links and makes no money from any links. Nothing in this article should be taken as financial advice.]