I believe in the religion of love 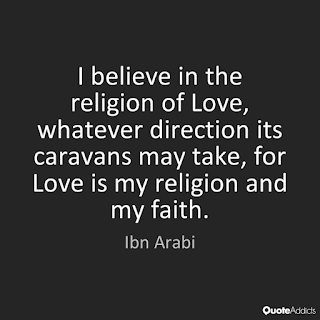 How can anyone believe in a God of hate? But as Hannah Arendt pointed out, evil is banal. It is a failure to think and to understand. It is the mindless acceptance of whatever rubbish someone else has said, or the mindless misinterpretation of scripture. Think, question, and don't trust your own conclusions. 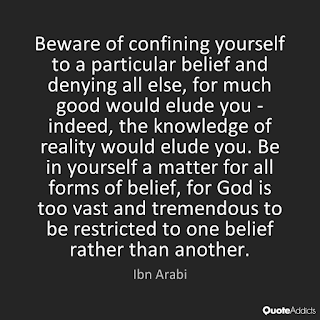 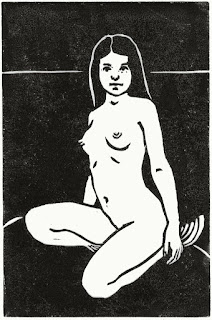 Phew! The mermaids are back! Was this censorship?

Martin's mermaid images disappeared from Etsy recently, and his Etsy page (visible at that time only to him) had a red banner saying that the mermaids were under review to see if they violated any of Etsy's policies.

Some people seem rather sensitive about nakedness, not being able readily to distinguish between art and pornography. A similar thing happened on Wattpad, when the management became aware of A Mermaid in the Bath. They liked the story so much that they wanted to feature it (it is still featured on Wattpad in the humour category) but they asked that the mermaid's breasts be covered up. He duly put cockle shells on them, although this is explicitly excluded in the book and for excellent reasons. (If cockle shell bras were a good idea you'd see whole sections of Marks and Spencer devoted to them. I dare you to go and ask.)

Michaelangelo had exactly the same problem with his painting of the Last Judgement in the Sistine Chapel, having to put up with some other artist painting trousers on his nudes. The trousers are still there.

Having read Etsy's policies carefully, Martin discovered that Etsy permits breasts within the bounds of decency, as long as it's art or proper photography. It turns out that he just hadn't paid, and as soon as that minor matter was sorted, the mermaids reappeared in all their glory.
No comments:

Clever atheists sometimes mock the faith of the faithful. I used to do the same. But there is an obtuseness about the mocking. 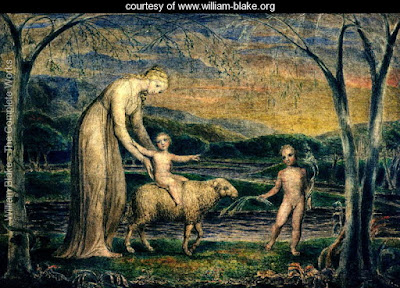 If I may plead in my own defence, it was because I was looking for the door and no-one seemed able to show me the door. The myths by which religions live were opaque to me. The myths are the door, but without the key the door is a wall.

Some denied there was a door at all let alone a key. Specifically, in my youth I would ask, 'what is the meaning of life?' and I was told that the question was naive. Probably I'd grow out of it. At the same time I didn't see how the Virgin Birth or even Hanuman and his army of monkeys could help me. Are these not stories for children?

Again, some of the faithful claim that their version of the truth is the only correct one, the only path to Paradise. How should one choose? Choosing on the basis of ones parents' belief seemed to me rather arbitrary. Surely one should choose what is right, not necessarily what is habitual? Given that my revered primary school teacher was a Spiritualist (who believed her dog was the reincarnation of her previous dog, but had the clarity of mind to explain to us children that not everyone believes as she does, and that there are other points of view), my father flit between the Quakers, the Roman Catholic Church and some kind of misunderstanding of Buddhism, and my mother became a born-again atheist, I did not have a clear route to follow.

I cannot resist putting in a little anecdote told to me by a Bahá'í: someone was travelling through some part of the USA and passed a sign saying The Church of God. A little further down the road was another sign, reading The One True Church of God. Later they passed a third sign reading The One and Only True Church of God. Now clearly they cannot all be the only true church, and the philosopher Bertrand Russell would have pointed out that asserting that something is true does not add one iota to its truth value ('P is true' means exactly the same as 'P', where P is a proposition).

There is a problem with belief and it is this: a clever atheist can always come along and point out that parthenogenesis is recorded among some animals but not among humans, or that a reporter from the Daily Mail was not present at the Annunciation (not that that would have made the events any more plausible), or that no-one has ever been seen with blue skin (and I certainly mean no disrespect - dancing with all the cow-girls is one of the most delightful stories in all religion). How do we address this?

It seems to me likely that there is a door and there is a key. I cannot prove this, but without this assumption there is no point in even starting. This assumption has been made by the best minds since the dawn of history and probably before. The world is full of it and civilisations have been built on it. Correctly understood, the similarities between the faiths and the wise are there to see, although clothed in different styles and with different myths. A myth is simply a story, in this context a story that contains a truth. A truth that cannot be expressed better any other way.

Everyone needs a story to live by. Carlos Castaneda refers to 'a path with heart.' As we live and learn, perhaps the way we describe our path becomes less naive, we put away childish things (1 Corinthians 13:11). Meanwhile, a childish faith is a path with heart.

He who mocks the infant's faith
Shall be mock'd in age and death.
He who shall teach the child to doubt
The rotting grave shall ne'er get out.

He who respects the infant's faith
Triumphs over hell and death.
The child's toys and the old man's reasons
Are the fruits of the two seasons.

- William Blake, from Auguries of Innocence

Let your body do the driving

Zen in the art of driving. Become one with the car. 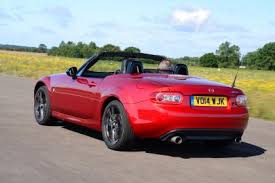 My car is an ageing Mazda MX5 (Miata). The principal virtue of this car is that it is fun to drive. But listening to the radio, mostly depressing news about things over which I have absolutely no influence, I am not feeling the car or deriving the pleasure that is to be had from one of the best driver's cars on the planet. One day I decided not to turn on the radio.

Then I applied one of the lessons I learned long ago from a wise person. Put your attention on the place where the working surfaces meet. I experimented with trying to be aware of where the front wheels made contact with the road. After a while of making this effort I observed several things. I was aware of my body in the driver's seat, my hands on the wheel. I was also more aware of other road users and what was happening up ahead. I was driving with more attention and almost certainly more safely. In addition I started to enjoy the car and the sensation of driving with precision.

Very quickly my mind started to wander, thinking about these things and other quite unrelated things, even about writing this blog post. I refreshed the effort of sensing where the front wheels made contact with the road. Gradually a sense of peace started to settle on me, as the continued gentle effort to be present pushed other thoughts out of the way.

One might imagine that thought is essential for driving, but if it is then it is a very bodily form of thought. The thoughts that kept intruding had nothing to do with what was happening on the road.